Koinoburi (Carp Flag) 鯉のぼり
Loan from Consulate General of Japan in San Francisco
These festive fish are hung during the months of April and May, especially on Children’s Day, Kodomo no Hi, on May 5th. Though the meaning has changed over time, the largest two fish (black and red) are said to represent the father and mother, and the increasingly smaller fish represent a family’s children. 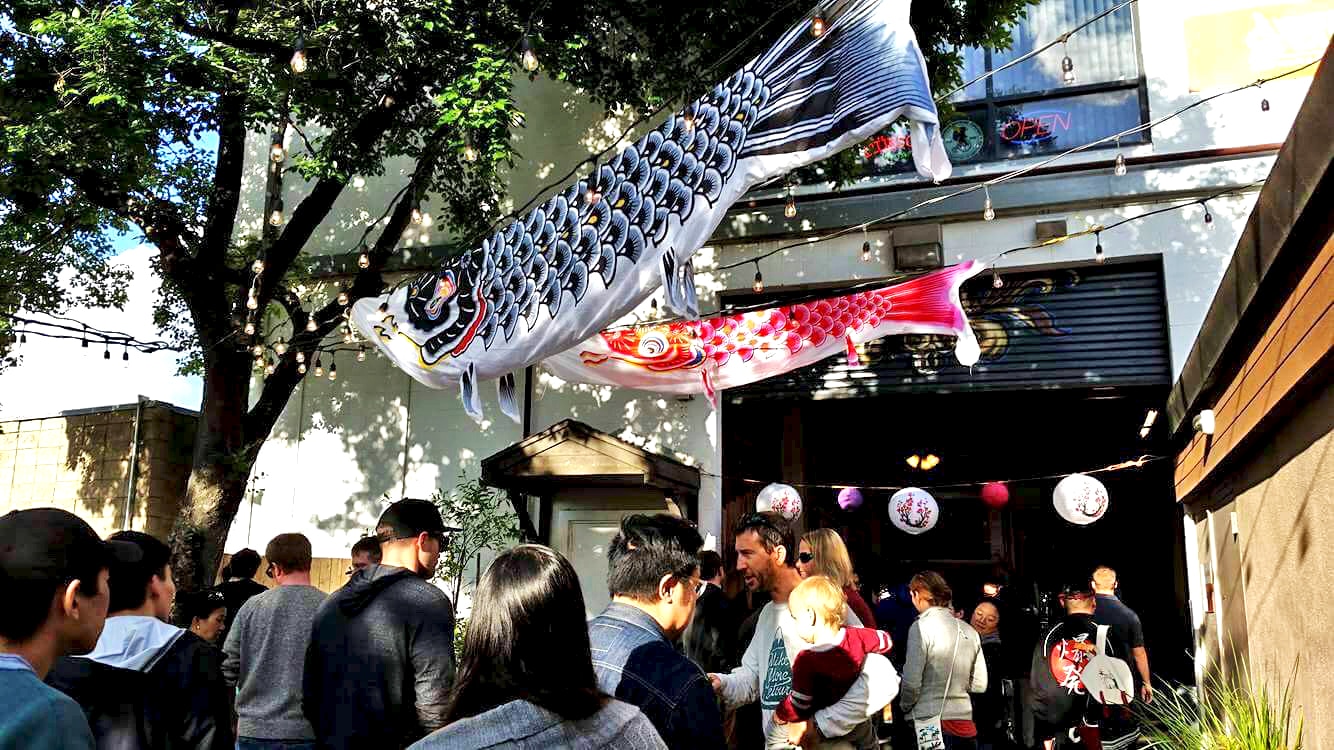 Koinoburi, on loan from the Consulate General of Japan in San Francisco, fly above visitors at the 2017 Davis Cherry Blossom Festival. 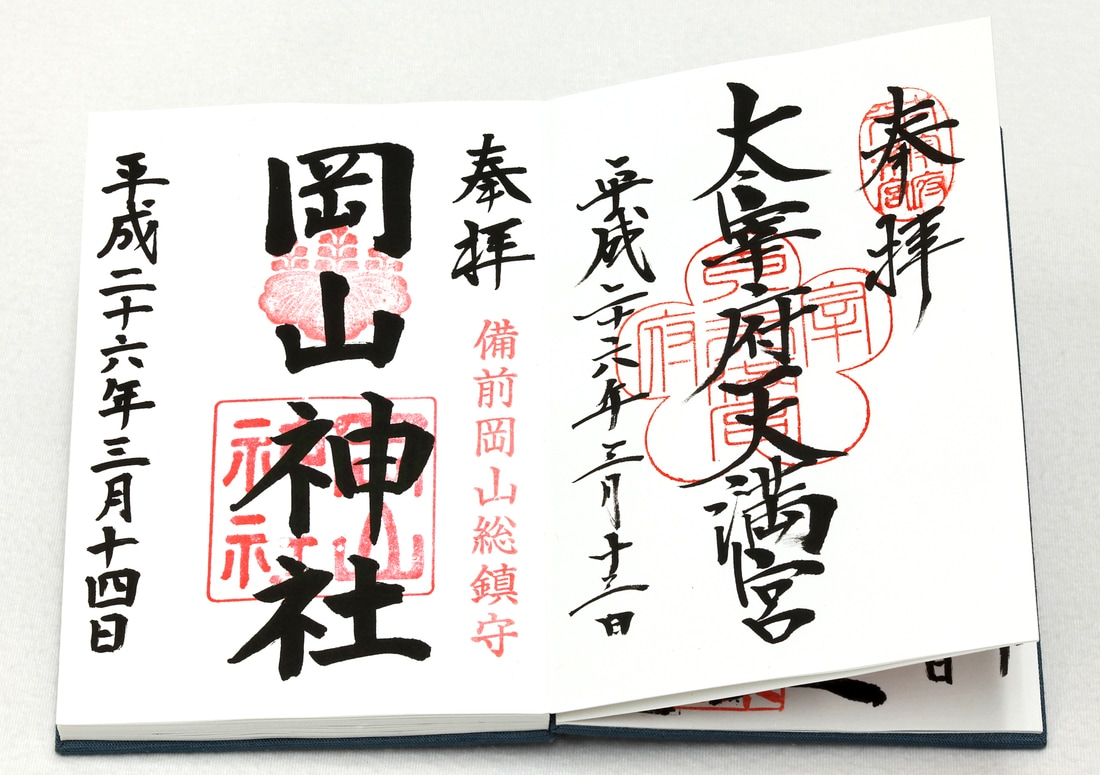 Left page: seal from Okayama Jinja. Right page: seal from Daifuzu Tenman-gu.
Hanko (Seal) 判子
Donated by Edward Nagel (1967)
Seals like these serve as signatures for individuals or for places like temples. You can see the beautiful inkan (stamp) of some temples on the goshuin-cho. These stamps often have highly stylized or old kanji (characters). The animal depicted in the smaller hanko is a kirin, a mythical creature resembling an deer and a dragon. 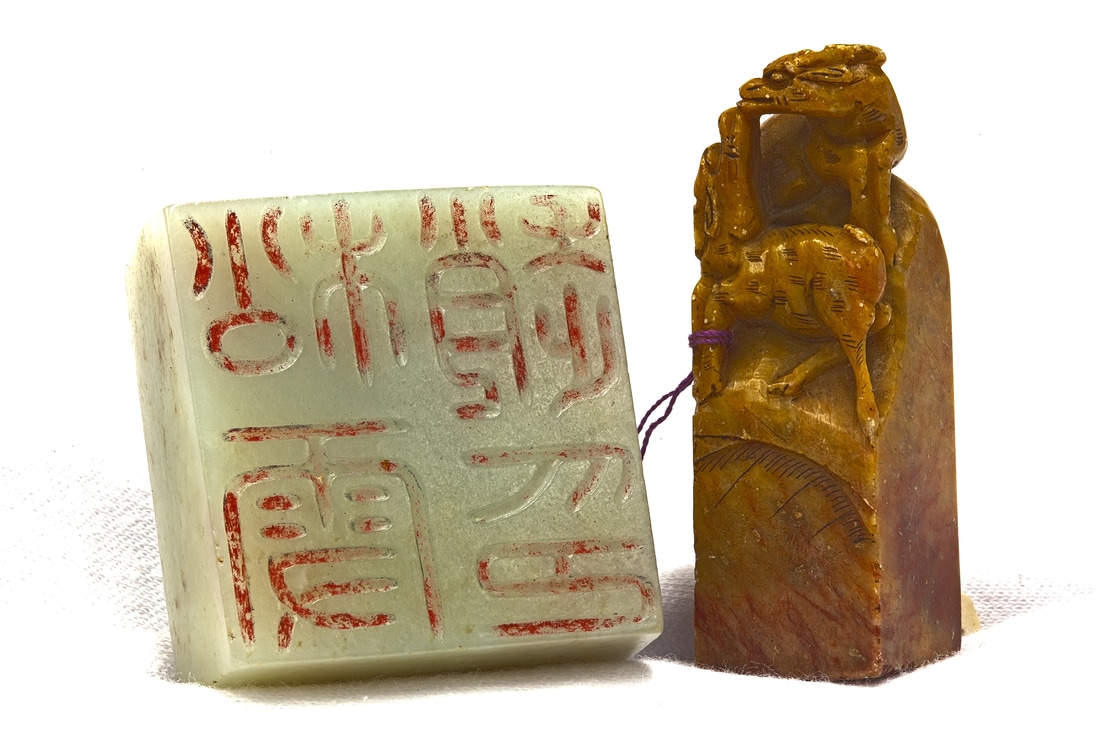 Temari (Handball) 手まり
Personal item of family of Museum Chair Dr. Christyann Darwent
These ornamental balls were originally made from scraps of kimono, and could be used in a game. Traditionally, a mother would place a wish for her child in the layers of the silk and give the ball to her child on New Year’s Day. Today, they are highly crafted works of art, and often given as fancy gifts. This ball was presented to Donald Knuth (The Art of Computer Programming), winner of the Kyoto Prize. 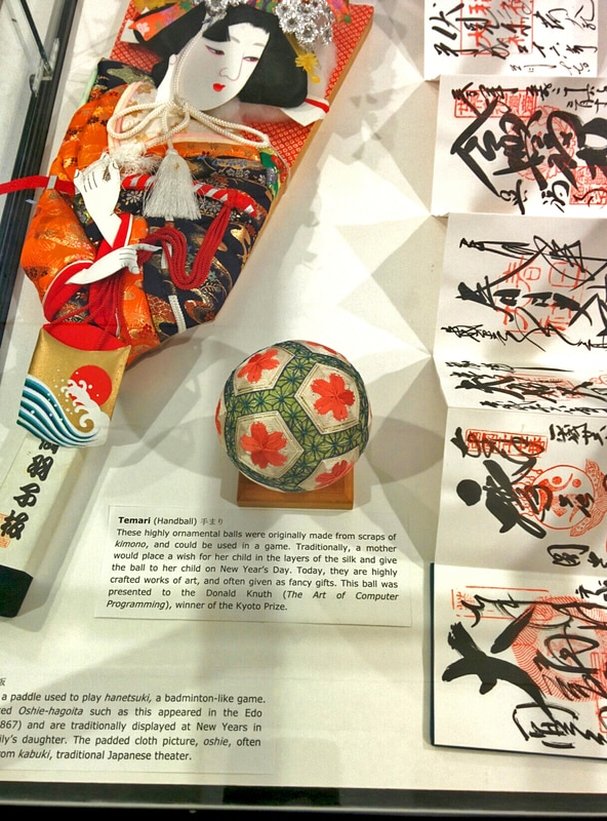 Temari on display during the Davis Cherry Blossom Festival.
Geta 下駄
Donated by Mr. and Mrs. Gibbs (1981)
These elevated wooden sandals are useful in keeping long kimono and yukata, what you might wear to a festival today, off the ground. The wooden teeth are 9 cm and 3 cm respectively for the adult and child pairs displayed here. The ha (teeth) of geta could be taller for rainy-days or messy professions like cleaning fish. The adult pair seen here are actually a pair for such rainy days. Some geta have only one tooth in the middle! 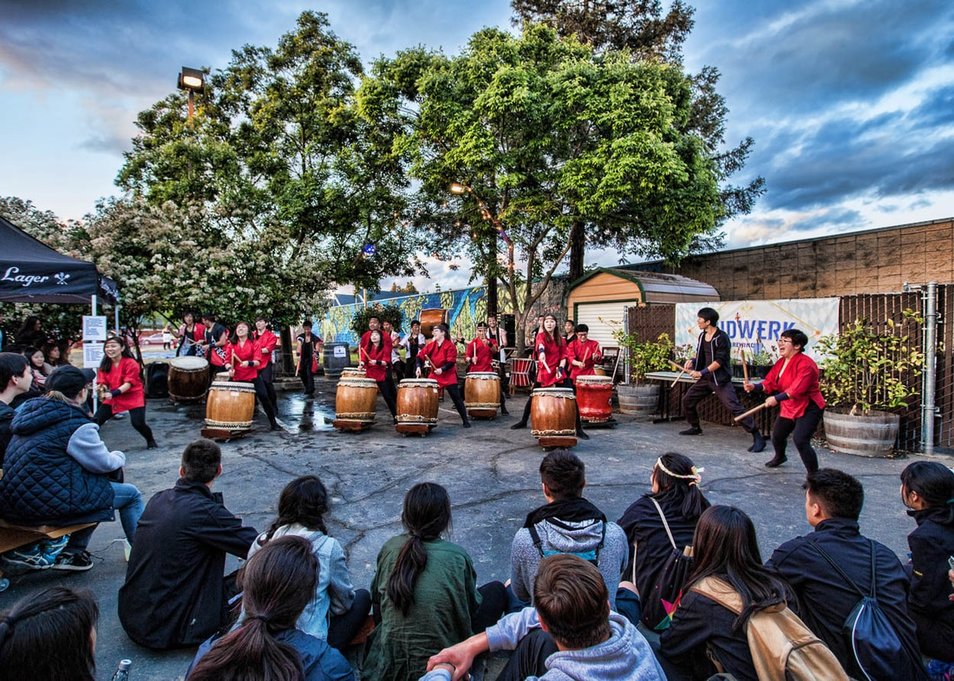